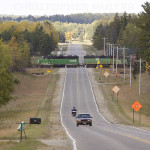 The death of 2 1/2 month old Joseph Jenkins on October 17, 2014, was just outside my husband’s reservation.

The Bemidji Pioneer news report states, “The St. Louis County medical examiner said the infant had experienced blunt force trauma as well as cuts and injuries to his chest, abdomen, hand, fingers, feet and toes, according to the complaint.

Investigators interviewed the infant’s mother, who said Jenkins bit their son many times because the baby was crying, according to the complaint. Jenkins wouldn’t allow the baby to go to a scheduled medical appointment because Jenkins did not want anyone to see the injuries.She also said they made up the story about the neighbor’s dog biting the baby, according to the complaint.Jenkins allegedly “committed multiple acts of child abuse on his infant son,” County Attorney John J. Muhar said in a statement.Jenkins has multiple convictions, including for domestic abuse and driving while intoxicated, according to court records.”

We don’t know yet if there was any tribal social service involvement – but the story illustrates again the pervasive violence within my husband’s community.

Many people (not all) in my husband’s community look the other way. That’s simple fact, whether admitted or not.

There is a climate of “mind your own business.” “This doesn’t concern you.” People who “stick their nose in where they don’t belong” can end up getting beaten, as well.

It is that climate, which disallows anyone from saying anything – that contributes to the cycle of depression, abuse, hopelessness, and suicide.

It is a climate of violence and fear. Increased federal funding or tribal sovereignty isn’t going to fix that. It just reinforces it – rewarding and protecting the lifestyles of abusers.

Blaming the past, or pushing hypotheses of “historical trauma,” and “white privilege” isn’t going to fix the extensive abuse, anger and depression either. Those faux concepts only INCREASE feelings of anger and hopelessness.

There are people at the top of the food chain who benefit from this garbage at the expense of everyone else. Power corrupts and absolute power corrupts absolutely.

They want people to keep on blaming – and never look inside to what is really going on.

Matthew 24:12 (NIV) “Because of the increase of wickedness, the love of most will grow cold”

Job 24:15,17 (NIV) “The eye of the adulterer watches for dusk; he thinks, ‘No eye will see me,’ and he keeps his face concealed… For all of them, deep darkness is their morning; they make friends with the terrors of darkness.”

Isa 29:15 (NIV) “Woe to those who go to great depths to hide their plans from the Lord, who do their work in darkness and think, “Who sees us? Who will know?”

Psalm 36 1-4 (NIV) “I have a message from God in my heart concerning the sinfulness of the wicked: There is no fear of God before their eyes. In their own eyes they flatter themselves too much to detect or hate their sin. The words of their mouths are wicked and deceitful; they fail to act wisely or do good. Even on their beds they plot evil; they commit themselves to a sinful course and do not reject what is wrong.”

Jeremiah 17: 9-10 (NIV) “The human mind is more deceitful than anything else. It is incurably bad. Who can understand it? I, the Lord, probe into people’s minds. I examine people’s hearts. And I deal with each person according to how he has behaved. I give them what they deserve based on what they have done.

1 Corinthians 4:5b “[God] will bring to light what is hidden in darkness and will expose the motives of the heart.

James 1:21 (NIV) “Therefore, get rid of all moral filth and the evil that is so prevalent and humbly accept the word planted in you, which can save you.”

Prov 28:13 (NIV) “He who conceals his sins does not prosper, but whoever confesses and renounces them finds mercy.”

1 Thes 5:5-8a (NIV) You are all sons of the light and sons of the day. We do not belong to the night or to the darkness. So then, let us not be like others who are asleep, but let us be alert and self-controlled. For those who sleep, sleep at night, and those who get drunk, get drunk at night. But since we belong to the day, let us be self-controlled.

2 Cor 4:2,6 (NIV) “We have renounced secret and shameful ways… For God who said, “Let light shine out of darkness,” made his light shine in our hearts to give us the knowledge of the glory of God in the face of Christ.”

Ephesians 5:8-14 (NIV) “For you were once darkness, but now you are light in the Lord. Live as children of light (for the fruit of the light consists in all goodness, righteousness and truth) and find out what pleases the Lord. Have nothing to do with the fruitless deeds of darkness, but rather expose them. It is shameful even to mention what the disobedient do in secret. But everything exposed by the light becomes visible—and everything that is illuminated becomes a light. This is why it is said:

“Wake up, sleeper,
rise from the dead,
and Christ will shine on you.”