BISMARCK – Dressed in dark slacks and a light blue shirt and tie, Lenny Hayes looked every bit his adult self on Monday in the Ramkota Hotel ballroom. 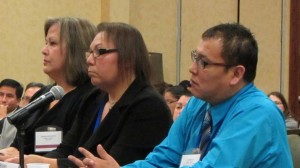 But as he leaned into the microphone and began to speak, he became the scared, helpless 6-year-old boy in the corner being groped and traumatized by sexual abuse.

“How do I say ‘stop?’ I close my eyes and my tears begin to flow. I go to a faraway place with my mind … a safe place, a happy place, a place where I don’t have to feel what my body is experiencing,” he said. “After it’s over, I am lifeless, and I begin to come back to my body once again.”

Such accounts are all too common in Indian Country, and tribes desperately need more resources to protect children from abuse and neglect, tribal officials and experts testified Monday during the first public hearing of U.S. Attorney General Eric Holder’s Advisory Committee on American Indian/Alaska Native Children Exposed to Violence.
The advisory panel also will hold public hearings in Arizona, Florida and Alaska and make policy recommendations for Holder by the end of October.

Former U.S. senator Byron Dorgan of North Dakota, the advisory panel’s co-chairman, said he hopes the effort will be the catalyst “that finally unlocks the determination of all Americans” not to allow violence against native children to continue.

Dorgan, who also is chairman of the board of advisors for the Center for Native American Youth at the Aspen Institute, said rape and abuse cases have too often been declined by federal prosecutors and put in the “back room” of too many U.S. attorneys’ offices. He said he has seen loving families on reservations but also “the most unbelievable despair,” telling of one 12-year-old girl who had been sexually abused in two foster homes and found refuge at a homeless shelter which then had its budget cut as a result of sequestration.

“That is defined as ignorance where I come from,” he said, his voice rising almost to a yell. “We know this is happening, and we know how to address it if we just have the will.”

“We can’t just build the case and keep talking about this. We have got to change outcomes,” she said.
The magnitude of the problem in Indian Country is just beginning to be understood, said Lonna Hunter, project coordinator for the Minneapolis-based Council on Crime and Justice and a survivor of childhood abuse.
“Lack of research has directly delayed our response to the crisis,” she said.

The belief system that made protecting native children the responsibility of the entire tribal community has been lost amid the historical trauma of being displaced, assimilated and institutionalized and having their culture and language suppressed – factors that contribute to child mistreatment, said Sarah Hicks Kastelic, deputy director of the National Indian Child Welfare Association.

Child victims of maltreatment and abuse are more likely to have mental health and substance abuse problems, perform more poorly in school, have early pregnancies, get in trouble with the law and perpetuate violence against others, “creating a cycle of violence that is difficult to break,” Kastelic said.

Associate Attorney General Tony West said “the scars of violence run deep and have impacts that can seep from one generation to the next.”

Other witnesses lamented the lack of Bureau of Indian Affairs officers to conduct investigations and Indian Health Service employees who either don’t live in the communities they serve and or are hamstrung by government red tape hen they try to tackle problems.

At the same time, several said answers must come from within the tribes.
“It needs to be grassroots. It must be run by native people,” said Barbara Bettelyoun, a psychologist with the Rosebud Sioux Tribe in South Dakota.
The recent controversy over child protection at North Dakota’s Spirit Lake Nation also was addressed, with several members of the tribal council in attendance.
Spirit Lake Chairman Leander “Russ” McDonald testified that the May 2011 murder of a brother and sister on the reservation and the death of a 2-year-old girl who was shoved down an embankment by her step grandmother last June indicated the “critical need” to prioritize resources and lay the foundation “for a system that is clearly broken.”
However, he said “not much has changed” since complaints prompted the Bureau of Indian Affairs to assume control of child protection services on the reservation on Oct. 1, 2012. The tribe is working with state and federal officials on an action plan for child protective services, he said, again stressing that change from come from the tribe.
On a day filled with moving testimony, Hayes, an enrolled member of the Sisseton-Wahpeton Oyate and now a psychotherapist with the Shakopee (Minn.) Mdewakanton Sioux Community, delivered an especially powerful first-person account of abuse and healing.
Even at 45 years old, sharing the story is still painful, he said. He still struggles with his past, and he said more “two-spirited” survivors like himself need to stand up and be heard. He and others said the current culture that often ostracizes abuse victims who come forward needs to change.
“We need to be accepted back into our communities,” he said. “We need to be heard. We need to be listened to.” 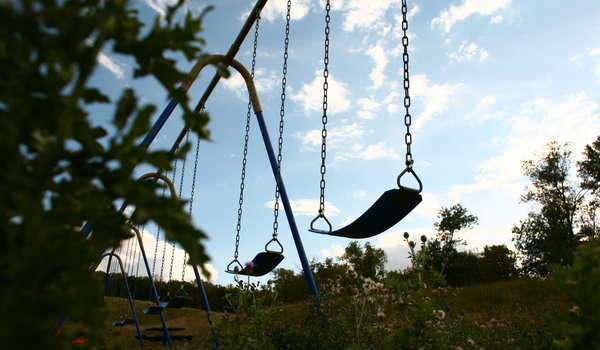 THE NEW RACISM: William B. Allen’s thoughts on ICWA – 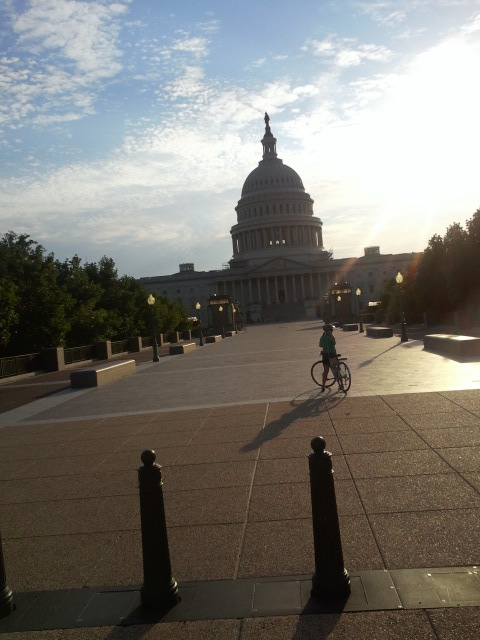