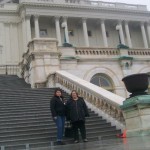 Yes, Veronica, there may be no Santa Claus, but there is a God and there is work being done to amend ICWA. 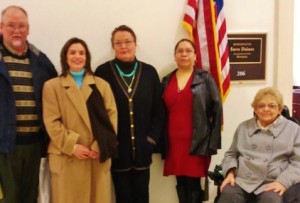 Some very kind, concerned supporters of justice have begun a petition to amend the Indian Child Welfare Act. We appreciate the effort very, very much.   But after having been urged several times to act on the petition, I need to explain why we an’t work on the petition.

Many of our newer friends are unaware that draft legislation to amend the ICWA has already been written and presented to various Congressmen.   I am a little afraid of possibly a conflict in wording or goals.

This legislation was written by one of the best ICWA attorneys in the nation and introduced by the Coalition for the ‘Protection of Indian Children and Families’ to legislative offices last summer, 2012.  The ICWA attorney based his wording on the primary reasons families are coming to him for help – the most noted issues with how ICWA was hurting children and families.

It has been on somewhat of a hold during the Veronica proceedings.  Well… actually, the hold was only meant to be until the United States Supreme Court had ruled.  Congressmen needed to know what the Justices had to say about the case before they could move forward further with the bill.

The court has ruled – but these last two months have been nuts, taking everyone’s time and energy.  Further, Congress recesses in August.

BUT – it is now September.  Thank you all for the reminder concerning the legislation.  According to attorney’s I have consulted – because no real resources of our organization are being spent or used on the legislation – and because I don’t get paid by CAICW but am entirely volunteer, there isn’t much concern about my discussing it a little bit.

So it is time to get back into the saddle with the legislation. I will be rolling up my sleeves and leaving for DC as soon as I put various things in order here at home – hopefully within the next couple weeks.

For your information, here is the amendment wording as it stood last summer.  There MIGHT be changes made following the Veronica events. I can’t say for certain as I am not an attorney.  But this is what we stood on last summer.

PLEASE join us in urging your Congress members – as well as the President – to change ICWA. 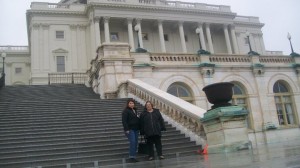 6 Responses to “Yes – There IS Draft Legislation to Amend ICWA.”