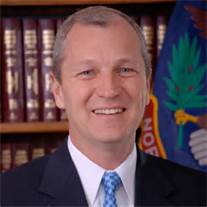 When an elected official shows not only class and dignity, but a sincere desire to uphold Constitutional rights, some of us tend to feel a little shocked.

Below is the apology delivered by Representative Kevin Cramer following a disagreement at a meeting of the North Dakota Council on Abused Women in late March.

First – from what I understand of what happened, he did not need to apologize. He was standing up for me, my daughters, my granddaughter.  He was standing up for Due Process and our Constitutional rights.  This is exactly what I want him to do.  But he did apologize, even though he didn’t need to, and for that, I think he has class.

“I recently met with members of the North Dakota Council on Abused Women Services regarding the new Violence Against Women Act (VAWA) reauthorization, and my passion concerning some of the problems I fear may exist with this legislation. Critics of this Act have expressed due process concerns in regard to some of its provisions.  I therefore voted in favor of an amendment designed to address this potential harm.

Unfortunately, my efforts were not supported by my Congressional colleagues.

Because VAWA protects victims of domestic violence, sexual assault and stalking by streamlining grants, improving investigation, prosecution and victim services, as well as enhancing penalties against offenders, I voted in favor of this legislation. I am quite open about my passion regarding helping those within our society that are exposed to violence. I believe my Congressional floor speech concerning VAWA, in particular, demonstrates my personal connection to this issue, as well as my apprehension in regard to the legislation I helped pass.

Certain statements I recently made regarding my frustrations with VAWA are under scrutiny.  This is deserved as, in hindsight, my tone and rhetoric was better suited for active debate in Congress (or a floor speech) rather than my true intention; requesting guidance from the peers of this important issue. I apologize.

My intent was not to disparage anyone. I want to end violence. I truly appreciate Ms. Merrick’s statements, specifically relating to this issue, because it is a pointed reminder of what I love most about my country; equal protection, balance of power, due process. And, most importantly, unfettered free speech, which is ot only unopposed in its ability to humble its leaders, but its capacity towards inspiring debate.

But, I want to make clear that successful court challenges to all, or parts, of this legislation are always adjudged by our Constitution, notwithstanding the best intentions of its proponents. Overturned convictions will revictimise the very people we are trying to protect. I am encouraged by the considerable energy available to fix the serious, societal problem of violence (against all victims).

It is my hope that improving lives is always our upmost focus.

Since VAWA 2013 is only the beginning, I look forward to working with all stakeholders to improve it“.

What was most uplifting for me was that Rep. Cramer understands the harm caused by the recently passed version of the Violence Against Women Act, forcing women into tribal court whether they want to be there or not.   Well… actually, the law forces women to choose between asking for justice in front of potentially corrupt tribal courts – or keeping ones mouth closed and not seeking justice at all.

Representative Cramer not only gets it, but it matters to him.  He wants to improve it.

Thank you, Representative Cramer.  We are here to help you do that, anyway that we can.  You are my hero.