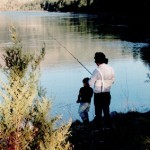 This is the response by an executive on the board of more than one Foster Care Association after a tribal member – from a family terribly hurt by ICWA – asked why her association had signed on in support of the unconstitutional, ill-thought and emotionally destructive BIA Rules for ICWA.

This executive’s response does not address the concerns brought to her attention by the tribal member. It reflects the rhetoric pushed by tribal leaders, NICWA, NARF and the Casey Foundation, with little thought or regard for fact and the true needs of individual children. It appears that expediency – making her job and that of others in the industry easier – is much more important than addressing the individual and critical needs of hurting children.

This is the type of rhetoric that needs to be brought to light and shown for what it is – in order for persons in this woman’s position to begin to correct themselves and look at children of heritage as something other than expendable.

Placing children into safe homes – meeting their immediate needs in a timely and nurturing manner – a manner equal to that of children of every other heritage – is never “inappropriate.”

For people in her position to assume that any child with even the smallest amount of tribal heritage “needs” to be under tribal government jurisdiction and control – overlooking the reality of non-tribal relatives, lack of existing relationship with Indian Country, and even strong familial opposition to tribal government’s world-view – is the epitome of racism.

But – this is an example of the type of response commonly received from many who sit in similar positions.

The National Foster Parent Association (NFPA) believes that children belong with their birth families (parents or relatives) whenever safely possible and when that is not possible, that the children are served in family foster homes and/or placed into adoption when appropriate. NFPA does not endorse group or congregate care that is not short-term or treatment related.

NFPA signed on to a letter of general suppoprt to proposed regulations/guidelines developed by the Bureau of Indian Affairs (BIA) because the current ICWA regulations were passed in 1979 and are in desperate need of revision. Regulations that are nearly 40 years old are not current nor do they reflect current child welfare best practice in general. We support that new regulations/guidelines are important and necesary at this point in time.

Part of the problems over the past years hav been created by some states not following current ICWA laws and not doing due diligence on children as they are identified as members of a tribe and need out of home placement. Also, the tribes have historically not had appropriate funding to implement adequate foster care services. At this time, Title IV-E funds are available to assist tribes in this endeavor.

We believe if there is a proper due diliegnce provided by the state prior to a long term placement of tribal children, there will be less disruptions for the child. We hope that the new regulations will stop the inappropriate placement of children until all possible birth or kinship families within the tribe are explored.