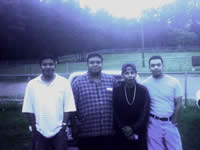 Mickey came home an hour early from classes one day.

“What are you doing home?” I asked him.

“My advocate let me out.”

“Well, I didn’t like my art teacher, so a month or so ago my Indian advocate let me drop the class and go to study hall in his office instead. He’d ask me a couple questions and stuff, but I wasn’t really doing anything there so now he just lets me come home instead.”

I called the advocate. “In the first place,” I told him, “I don’t agree with letting him drop art. He has to work out his problems with his teacher. But in the second place, Mickey got two ‘F’s’ last quarter! How come you’re letting him cut out of school?”

“What are you worried about?” the advocate, also a tribal member, responded, “He’s got three years of school left. He’s got time to catch up.”

About ready to blow up and getting nowhere with this man, I called the principal, who agreed Mickey shouldn’t be leaving school early. It was too late to get Mickey back into the art class, so placed him into the real study hall. Unfortunately, the principal didn’t have the cojones to fire the advocate for being the idiot he was.

Later, Mickey confided that the Indian advocate had told him the following day, “Don’t listen to Beth, all white people talk like that.”

‘What a jerk,’ I thought angrily, ‘why isn’t that so-called advocate helping Mickey apply himself? Don’t they think an Indian kid can be expected to work hard? Do they lookl down on Indian kids that much? If anybody dares treat Andrew that way when he gets to school, expecting less of him just because he’s Indian, I’ll knock em to the moon!

Many places do still treat kids of tribal heritage with lower expectations. Worse, the attitude is encouraged and propagandized by tribal government itself.

One tribal attorney in an Arkansas court just 3 yrs ago – while fighting to take 2 children from a safe, loving home where they were well-cared for and place them in an overcrowded, troubled (documented issues) home that had connection to the tribe – said that Indian children shouldn’t be expected to live by “European standards.” He said Indian children are used to sleeping on floors – and that was okay.

Who is he kidding? Why is tribal government allowed to make racist statements like that? I can tell you with absolute certainty that given the choice, every single child I raised, as well as every relative child that I know, would choose a good bed over a floor. What a bunch of garbage.

The propaganda that children of heritage are somehow different than other kids is in effort, we believe, to keep jurisdiction (and power) over them. The idea put forward is that kids of heritage have an intrinsic attachment to the reservation and will be spiritually destroyed if detached from it.

An article ten years ago said something about looking into the eyes of an Indian child and seeing ‘past generations.’ Was that writer able to look into the eyes of children of other heritages and see the same thing? Why not?

It’s so easy to put one’s own expectations and romanticisms onto a child. People do it all the time. And in doing so – they neglect who the child really is – his/her individuality.

I’m very tired of what boils down to racist rhetoric.

Personally, I looked into the eyes of the nine I raised and saw THEM. I want the ‘powers that be’ to quit pretending these kids are somehow different than others. It’s an excuse to control them as if they are chattel.

This brings us to the Indian Child Welfare Act. It’s a terrible law. Current laws governing placement of children of other heritages already cover the need to keep families connected if possible. At the same time, they protect children from being subjected to abusive and neglectful family, which is something the ICWA does NOT do well because it gives tribal governments the right to decide placement, and they have a conflict of interest. I have seen children placed in inadequate, if not downright terrible situations for the sake of keeping the kids within the system,

The real purpose of ICWA as far as we can tell has nothing to do with the ‘welfare’ of children. It has everything to do with the ‘welfare’ of tribal government. The last census showed that a majority of enrollable people now live off the reservation. Some are still connected, but many no longer choose to be part of the system. But as people move away and don’t enroll their kids in the tribe, tribal governments lose federal money. They also lose people over whom they can rule. That’s the bottom line for ICWA.

This is why the ICWA includes language that claims jurisdiction over “enrollable” children, not just “enrolled” children. They are also free to decide their own membership criteria. For the Cherokee tribe, all that is required is a direct line to the Dawes rolls.

Put those two facts together, and federal government has created a terrible situation for children. Example: Six years ago, a firefighter in Texas, with his wife, took in a newborn baby boy to adopt. After a few weeks, during the process of adoption, it was discovered the child had less than 2% heritage in the Cherokee tribe. The tribe then decided it wants the child, who is more than 98% non-tribal. The child is still unadopted as of today, and the family has spent years and tens of thousands of dollars fighting for him. We have many stories like that.

It’s a genuine crime against these kids.

The “Fund Attorney Retainers for 10 Families” Drive began on National Adoption Day, November 20, 2010 ~ and ends on December 31, 2010.~ The Fund website can be found through FirstGiving.com at ~ http://www.firstgiving.com/caicw/Event/AdoptionRetainerFund

CAICW – Christian Evangelism and Ministry – Gal. 2:10, “All they asked was that we should continue to remember the poor, the very thing I was eager to do.” 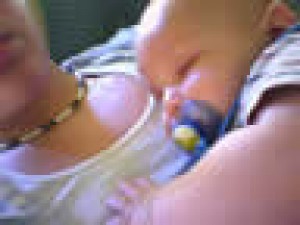 Families: Hurt by ICWA? Connect with other families through CAICW   on Facebook and discuss, encourage, share insights, case law, names of possible attorney’s, and pray for each other. Join Facebook to start connecting with Christian Alliance for Indian Child Welfare.

“The Christian Alliance for Indian Child Welfare is committed to seek God’s guidance in defending the rights of the poor and needy, as instructed in Proverbs 31:8-9.”

CAICW, Christian Ministry as well as Family Advocacy, is interested in the total well-being of the individual and Family. CAICW is the only national organization advocating for families who have lost or are at risk of losing children due to misapplied and sometimes illegal application of Indian Law.

– CAICW has been advocating for families affected by the Indian law since 2004.
– Children have been removed from safe, loving homes and been placed into dangerous situations.
– Indian and non-Indian families have felt threatened by tribal government. Some have had to mortgage homes and endure lengthy legal processes to protect their children.
– Equal opportunities for adoption, safety and stability are not available to children of all heritages.
– The Constitutional right of parents to make life choices for their children, for children of Indian heritage to associate freely, and for children of Indian heritage to enjoy Equal Protection has in many cases been denied.