member Roland J. Morris, Sr., the Christian Alliance for Indian Child Welfare (CAICW) is sponsoring an essay contest on June 9-15, 2013, to draw attention to the widespread and ongoing physical and sexual abuse of children living within Indian Country. The topic of the contest is “Why Children Are More Important Than Politics” with a subtopic of “Why Is Our Federal Government Ignoring Ongoing Child Abuse?” The 800-1500 word submissions can be sent to [email protected]. The top three essays will each win $150, $100, and $75 respectively, along with a copy of the book, “Dying in Indian Country.”
Read More: https://www.christiannewswire.com/news/2488372242.html

(WASHINGTON DC) – April 15, 2013, In 2009, Christinna Maldonado chose Matt and Melanie Capobianco to love, nurture, and raise her soon-to-be-born child. The Capobiancos had long wanted to be parents and after seven failed in vitro fertilization attempts, made the decision to enter into an “open adoption” of Baby Veronica. On all accounts. Veronica was a happy, thriving, child residing in a stable, nurturing environment. To this day, Maldonado remains committed to her choice….

Grand Forks, ND – Feb 26, 2013, the Christian Alliance for Indian Child Welfare is filing an amicus brief with the United States Supreme Court on a child custody case involving the Indian 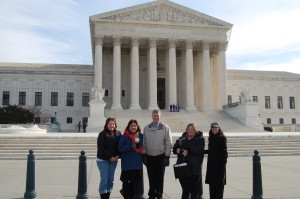 Child Welfare Act, (Adoptive Couple v. Baby Girl 12-399). The High Court will decide this case by the end of the term in June 2013. “Our children are not chattel for tribal government.” said Elizabeth Sharon Morris, Co-Founder and Chairwoman of the Christian Alliance for Indian Child Welfare and mother of enrolled children.

CAICW is asking the Supreme Court to reverse the holding made by the Supreme Court of South Carolina and return Baby Girl to the family chosen by her Latino birth mother. Two-year-old child of just 1.12% Cherokee ancestry, was removed from the only home she ever knew solely due to the ICWA. Had South Carolina law been applied in this custody case, the petitioners would have had no standing.

Though proponents of the ICWA argue that the act has safeguards to prevent misuse, numerous multi-racial children across the USA have been hurt by it. Children who have never been near a reservation nor involved in tribal customs have been removed from homes they love and placed with strangers chosen by Social Services. Sometimes the homes they are placed in would have been deemed unsafe for children of other heritages.

The statutory and constitutional issues addressed in this case impact the equal protection, due process, liberty, and state rights provisions of children in need of care. A child’s best interests should be considered in every child custody determination. There is no presumption that residing with members of a child’s tribe is in the child’s best interests, particularly when the child is lives off the tribe’s reservation. Further, tribal governments lack inherent jurisdiction over nonmembers. Application of the ICWA to cases involving the parents who are not tribal members violates the equal protection provision of the federal constitution, even if the parent lives on the tribe’s reservation.

In the words of Dr. William Allen, former Chair, US Commission on Civil Rights (1989) & Emeritus Professor, Political Science MSU, “… we are talking about our brothers and our sisters. We’re talking about what happens to people who share with us an extremely important identity. And that identity is the identity of free citizens in a Republic…”

Grand Forks, ND – Feb. 25, 2013, About 40 reported cases of children in abusive homes has been ignored and possibly covered up according an interoffice report of the Administration of 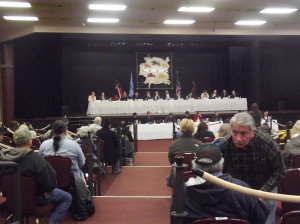 Children and Families in Denver. This report was recently leaked to the Christian Alliance for Indian Child Welfare (CAICW), in which details horrific, ongoing physical and sexual child abuse, which appears to have been consistently covered up by various federal and tribal officials. To see the full report, visit www.CAICW.org.

In the report states “almost 40 children returned to on-reservation placements in abusive homes, many headed by known sex offenders, at the direction of the Tribal Chair. These children remain in the full time care and custody of sexual predators available to be raped on a daily basis. Since I filed my first report noting this situation, nothing has been done by any of you to remove these children to safe placements.” according to the Twelfth Mandated Report concerning Suspected Child Abuse on the Spirit Lake Reservation which was filed by Thomas F. Sullivan.

The staff of Senator John Hoeven (R-ND) responded that a town-hall meeting is scheduled at Spirit Lake Casino and Resort on Wednesday, Feb 27th, but the meeting time has changed several times and now leaders are talking about closing the meeting. Last year, at a similar meeting a teacher named, Betty Krenz, with information regarding child abuse was blocked from even entering the meeting by a tribal guard.

Bemidji, MN – Feb. 12, 2013, Last week, Sierra and Carol were part of a group that traveled to Washington, D.C., to lobby Congress about the 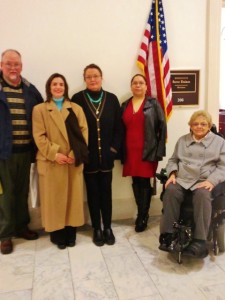 Indian Child Welfare Act (ICWA). Only now Sierra’s last name is Campbell. At age 18, she asked her former foster parents to adopt her.

Their unlikely and dramatic story is being retold now in an attempt to modify the ICWA, which was passed in 1978 to curtail the widespread placement of Indian children in non-Indian homes. The ICWA gives tribes strong jurisdiction over child custody and adoption cases in order to help them preserve their culture.

The issue is also being reviewed by the Supreme Court of the United States, which is hearing the case of “baby Veronica.” That case involves a South Carolina couple that had adopted at birth the daughter of a young woman who was not a tribal member. Veronica was considered to be an Indian because of her father’s tribal membership, so the couple had to give up the child after raising her for two years.