Family » adoption » Who is “Stealing” WHOSE Kids? 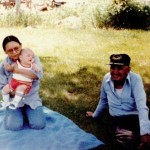 Every now and then, someone accuses us of being an evil adoption org, “stealing” babies from families. I usually delete the remarks because they are off-the-wall – unrelated to and disconnected with what we actually do.

We have already explained off and on over the last few months what we are. There is no desire to further waste time addressing baseless accusations from people who aren’t interested in reading what has already been written.

Nevertheless, it has been suggested that I state it one more time, and then simply cite this page when appropriate.

#1) We have never “taken” anyone’s children. We are not a social service, adoption agency, or orphanage. We don’t house children (other than our OWN), transport children, or facilitate any kind of child custody transfer. There isn’t one child we have EVER “taken” – period.

#2) The original goal, way before my husband and I started this org, was to stand up for our OWN rights as parents. I will say it again. I, my husband, and our family and friends stood up to say that we have the right to determine the best interest of our OWN children. This is OUR right – not the right of tribal or federal government.

#3) Like it or not – my husband (100% Minnesota Chippewa heritage) was a Christian. He had visited his cousin, (a tribal member who was an evangelical preacher) and became a Christian in 1988. Months later, he led me to the Lord. He, by the way, also founded this org. So one accusation against CAICW – the talk of “white” people stuffing religion down the throats of tribal members – is both frivolous and, well… racist.

#4) Having seen so much pain inflicted on so many family members … having looked on the battered face of a two-year-old in a casket, chased a drunk off of a 10-year-old, stood in the closet where a beautiful 16-year-old had hanged herself, and much more – We knew we had to do something. Yup. We wanted to rescue family members – of all the terrible things.

Further, knowing first hand the depth of crime, corruption and abuse on my husband’s reservation, we knew we could not raise our own children in Indian Country. If something were to happen to us, we wanted a member of our church and his wife – in fact, a man who happened to be our state representative – to be guardians over our children.

Contrary to the uninformed mantra of some who claim we are fighting to ‘take’ their children – the reality is we’ve been fighting to keep people of their view point away from our own children.

#5) That said – ICWA became a problem. Knowing that ICWA gives tribal governments jurisdiction over our kids if we died, and hearing from people that tribal governments had interfered with placement of children into Christian homes – and knowing that the ICWA mandates that the children be raised in what is said to be the culture of the tribe, whether parents agree or not – we feared that our children could be placed contrary to our wishes. We felt angry that our Congress would pass such an invasive law.

#6) Around 1995 or so, we began writing about the unconstitutionality of the Indian Child Welfare Act (ICWA). People, seeing our writing on the internet, contacted us to ask for help. We were just a couple of regular parents, not trying to get people to contact us. But we listened and cared about their situations. We researched, learned, and grew. The org was born in February, 2004.

#7) The ONLY people we have ever advocated for is families who – because they saw what we have written – CONTACTED US asking for help. We have never gone and pushed ourselves into any situation – unlike some of the tribal governments we kept hearing about, who were pushing themselves into private family situations constantly.

Unlike others, we don’t discriminate.

#9) Our membership includes former ICWA children – children who felt abused by the Indian Child Welfare Act and tribal government. Children who were very happy with their foster and adoptive homes, did not want to be placed with relatives on the reservation, and begged their tribe to leave them alone. One example is a girl that 60 Minutes did a story on about twenty years ago during her struggle against ICWA. The Chair of the U.S. Commission on Civil Rights, Dr. William B. Allen, was involved with trying to help her at that time. She joined us in DC last year to tell legislative offices about her ordeal.

#10) The child’s true best interest is priority. – Having been a registered nurse, been a day care provider, raised nine children of heritage and taken care of at least a dozen more at various times – I don’t accept what some tribal governments claim to be needed by kids.
I am not alone. Many tribal members are tired of seeing their families hurt year after year after year and feel let down by both tribal and federal government. They want REAL help and they want it NOW.

#11) Despite what some Congressmen and Tribal leaders say – more money isn’t going to fix things. Action is what is needed. Many tribal members feel that more money will simply add to what is already lining the pockets of corrupt tribal officials.

Stop pushing more “task-forces” or 3 year “Commissions.” Start, instead, with enforcing the law and jailing criminals.

#12) Needless to say, some Tribal leaders don’t want people to talk about the real problems. Real problems are supposed to be covered up and not ever mentioned. So – our talking about real people and real tragedy makes some tribal leaders angry.

#13) We will not stand down. 60 tribal governments are currently considering expanding their membership criteria to include children who are of extremely little heritage and whose families could have disassociated with Indian Country generations ago. The federal government gives tribal leaders full authority to “determine their own membership” – so they can expand membership to include a child despite objection by parents and grandparents.

Further – these same governments have discussed getting rid of the “Supremacy Clause” from their constitutions in order that they not need submit to federal or Supreme courts. This means that tribal members will be without appeal outside of the tribal system. Those who disagree with tribal leaders will be without recourse.

And with laws like the new version of the Violence Against Women Act – which states if either the victim or perpetrator in a crime is tribal, the tribal court has jurisdiction – more and more non-members will find themselves in tribal court without recourse. Mind you – if the perp of a violent act is a tribal member, the victim, whether a member or non-member, is forced into tribal court as well.

Even victims who are tribal members could have good cause not to want to share their pain in tribal court. Imagine if the perp is the son of a tribal official. That’s not an unheard of scenario.

The current trajectory will allow tribal governments to interfere with even more families. If the tribal constitution is changed, the ICWA could apply to our own family for generations. (Kind of the opposite of what my husband and I wanted to see happen.)

Q) Who are the undeclared entities currently “taking” other people’s children across the country?

A) Tribal governments – some of whom are lowering membership criteria and pushing Congress to tighten ICWA to force their jurisdiction on others – including unwed, non-tribal mothers. (Who have been referred to as a “loophole” left open by a June Supreme Court case.)

Q) What was the original agenda of this org’s founders – before the org was started?

Q) What is the current agenda of CAICW?

To assist and advocate for children and families in their pursuit autonomy, strength and wholeness – and to do our advocacy in relationship with Jesus Christ, our Lord and Savior.

To show and tell how Jesus Christ saved and changed our lives and the lives of others.

To declare the independence of United States citizens above that of tribal sovereignty.

Or – it could be put this way: To assist and advocate for families in their struggle for life, liberty, and the pursuit of happiness –