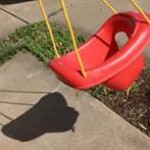 Traveling Thursday, I stopped to visit a couple that first contacted CAICW several years ago.

Parts of their story are common, parts unusual. Fighting for their child for years, they have rarely had foster care status. This means the care they have given their child has been out-of-pocket most of the time.

This – while the tribal government has refused to allow them any legal status, let alone permission to adopt.

The tribal government has retained control without any obligation to provide financially. Instead, they have treated this couple as glorified babysitters – knowing that the love this couple has will not allow them to turn the child away. Emotional blackmail?

Further – the couple’s attorney had not been allowed to practice in tribal court. This is something that happens in many tribal courts but goes completely ignored by our Congress. Tribal leadership has a right to decide which attorneys can practice in their courts and are inclined to only allow attorneys who agree with tribal sovereignty and will not confront blatant civil rights violations.

The fact that an attorney’s ability to practice can be pulled at the whim of the court is strong incentive for an attorney to play by tribal government rules.

That said – a party with an argument against tribal government, who wants to argue their case on the basis of civil rights, will have to appeal out of tribal court into federal court before their attorney can stand and represent them.

Either that, or choose from among the tribal court’s accepted attorneys who could have an interest in protecting the assumed rights of tribal government first and the rights of their client second.

Congress – you continually claim to be protecting tribal members while at the same time laying law upon law forcing tribal members into a box, with no options other than forced submission to a corrupt tribal government.

into tribal court where they can be victimized a second time. I will keep saying this until someone wakes up and does something about it.)

All United States citizens are guaranteed Due Process, Equal Protection and Right to Counsel – Unless our Congress has handed jurisdiction of them over to a tribal court.

BTW – just as a reminder: about 60 tribal governments are currently in the process of changing their constitutions to lower the blood quantum necessary for membership. NO one but current tribal members have any say in this decision.

This is likely to happen – and without the personal consent of those who will find themselves caught up in the net.

I don’t know how many individuals these new memberships will affect, but you can imagine the number of children, like Veronica, with less than 5% heritage, who will now fall under ICWA. They will change overnight from being average American citizens with full rights under the United States Constitution, to being defined as “Indian Children” without full protection of U.S. constitutional rights.

I am in Indiana now. I might stop to see my editor today. We’ve worked together for about a year, but haven’t yet met face to face.

Grace be with you –

One Response to “Tribal Courts refuse to allow Defense?”