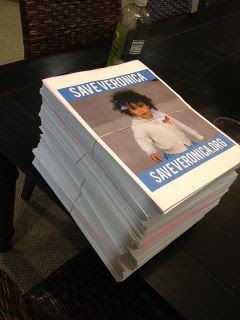 Reporter Haley Hernandez followed @Save_Veronica to Columbia today, look who they spoke with about the Indian Child Welfare Act … http://ping.fm/MWk43

Delivering the Petition with 20,000 signatures to South Carolina leaders –

On New Year’s Eve, Jessica Munday watched helplessly as her close friends, Matt and Melanie Capobianco were forced to hand over their adopted little girl, Veronica, to her birth father.

Now Munday and Stephanie Brinkley (a Charleston adoption attorney) are on a mission to “save Veronica.”

“Rather than sit on the sidelines and just say ‘how sad’, I wanted to say ‘how sad, what can I do?’” Binkley said.

Tuesday they went from one government office to another, starting in Charleston and driving up to the State House in Columbia, delivering a petition from supporters of the organization.

Kathy Crawford, the district director at Congressman Tim Scott’s office said it’s a shock that this could happen to a family, “a child could be taken away from the only mom and dad that they’ve ever known and you know, we hope that the courts will do the right thing.”

The organization delivered the petition to lawmakers with more than 20,000 signatures. In an unscheduled visit, Governor Haley spoke with Munday and Brinkley and empathized with the Capobiancos.

“If you have a child you know that’s just like the precious part of your life and so my heart breaks for them, I will be happy to take this,” Gov. Haley said taking the petition. “The federal delegation and I communicate about a lot of things, because it is a federal issue doesn’t mean I can’t at least say “what are y’all doing about this?” so I’ll be happy to ask the questions, be happy to see what’s going on if anything.”

“I’m thankful that she was so receptive to us being there and so compassionate about what’s happened,” Munday said after speaking with the governor.

“This is a matter that affects the people they represent, it represents a South Carolina couple and a South Carolina child and that child needs to be heard so it’s great that they are receptive that we’re trying to be a voice for Veronica when she can’t represent herself,” Brinkley said about lawmakers listening to their concerns.

SaveVeronica.org is still taking signatures for their petition. Lawmakers said they will try to get a copy to the Senate committee that will hear the case.

My Question: When is the Senate Committee going to hear it? I doubt they have any plans to put it on their agenda – we will need to do lots of pushing to get it there – and lots more to get a fair hearing!

Someone on the ‘Save Veronica page’ asked what one would ask the President about ICWA if one had the chance. As a birth mother, I have had several questions. These are questions that my husband and I felt disturbed by ever since our children were small:

– “Mr. President, what part of the Constitution gave Congress the right to give jurisdiction over OUR children to another government when my husband chose to raise our children apart from that government, and I have had no part in that government?

– Why is it that if I should die, another government would have the right to take our children and place them in a home neither my husband nor I would approve of?

My husband did not feel his reservation was a safe place to raise children and thus raised them elsewhere. Further, we are not alone. Many tribal members have left the reservations on purpose and taken their children with them. As U.S Citizens, we have a right to choose how and where we want our children raised. We had personally chosen the friends and family we would have liked to be guardians should the need arise.

The ICWA law is poorly thought out – stepping on the lives of U.S. Citizens in order to benefit tribal leaders, not children. Which is why it is continually misapplied and has been as hurtful as it has been to many children and families – and why there are so many parents writing to you on this page wondering why they aren’t getting help to keep their kids. They mistakenly believe that ICWA was actually meant to help them.

For those who are concerned that the Veronica case involves a birth father – let me clarify:

The adoption wasn’t finalized because the tribe had intervened, but M&M were ‘parenting’ Veronica from the moment she was born. They were at the birth. The bio-dad was not. Matt cut the umbilical cord – the bio-dad did not. Melanie stayed in a room at the hospital where she could parent/mother Veronica right away. The bio-dad did not. The bio-dad made no effort during the pregnancy or after birth to contact or support the mother, and made no real effort or request to see the little girl at any point in her life. She had never met him up until the evening she was handed over to him in the attorney’s office. The judge had allowed only ½ hour for Veronica to meet this man before he was free to take her. But it took two hours for the transfer to complete because she kept crying for M&M every time they tried to leave the room.

Matt and Melanie are the only parents she has ever known.

Had South Carolina law been applied to this case, the bio-dad would not have had any standing. By state law, he has essentially abandoned her and would not have had any parental rights. He had also signed a paper sometime after her birth giving up any claim to her. But after Veronica had been with M&M for four months, he changed his mind. And because he has a small percentage of Cherokee heritage, he was able to get the tribal attorney involved.

Veronica wasn’t the only one in tears. Matt & Melanie are emotionally devastated.

And this family isn’t a rare case. This actually happens quite often, especially when dealing with the Cherokee Nation; it’s just that for some unknown reason, this time it got attention. Read letters from more families – and how they were hurt by ICWA at https://caicw.org/family-advocacy/letters-from-families-2/ and watch the story of James on the CAICW YouTube Channel ~

This does not need to happen to another child. Please Call your Congressmen and tell them this has to stop.

Are Indians Protected by the Constitution? 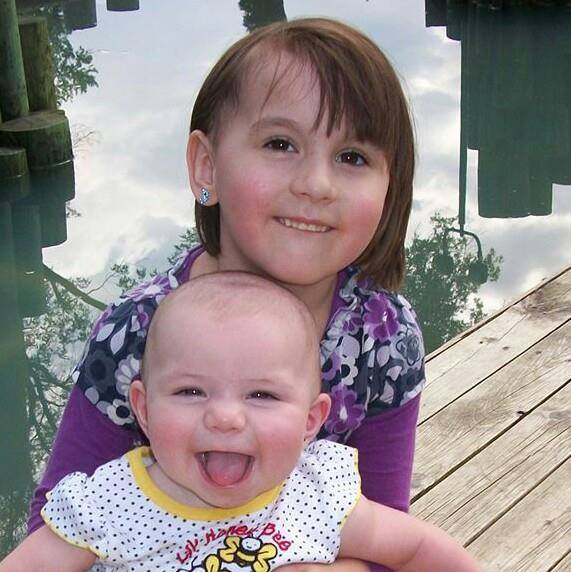