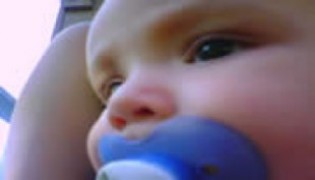 “to protect Indian children from removal from their tribes and to assure that tribes are given the opportunity to raise Indian children in a manner which reflects the unique values of Indian culture.”

Advocates of ICWA point to the devastation suffered by children of tribal heritage when, years ago, they were forcefully removed from homes they loved and forced to stay at boarding schools. The trauma those children and families experienced was, indeed, devastating.

However, in the implementation of the ICWA, the exact same thing has been happening to children in reverse. What has to be acknowledged is that we live in a migratory, multi-cultural society. This means that many children who fall under the jurisdiction of the Indian Child Welfare Act have more than one heritage, and many times are predominantly of another heritage, and/or have family who not only haven’t any connection to the Indian Reservation, but have specifically chosen not to participate in the reservation system.

Though some argue that ICWA has safeguards to prevent misuse, scores of multi-racial children have been negatively affected by its application. Letters from birth parents, grandparents, foster families, and pre-adoptive families concerning their children hurt by misapplication of ICWA can be read at ~ https://caicw.org/familystories.html

There is no inborn difference between persons of tribal heritage and other persons. Any emotionally healthy child, no matter their heritage, will be devastated when they are taken from their familiar homes and forced to live with strangers.

Even children of 100% tribal heritage can be devastated if taken from the only home they know and love, no matter the heritage, and placed into a home they know nothing about.

In the words of Dr. William Allen, former Chair, US Comm. On Civil Rights (1989) and Emeritus Professor, Political Science MSU;

“… We are talking about our brothers and our sisters. We’re talking about what happens to people who share with us an extremely important identity. And that identity is the identity of free citizens in a Republic…” (Re: The Indian Child Welfare Act, September 20, 2008, Wahkon, MN)

Consequent to this Congressional error in understanding the practical aspects of the ICWA, dozens of adoptions are held up every year. Some of these adoptive homes have had the children since infancy and are the only homes the children know. However, even simple adoptions can be expensive and many families aren’t prepared for this additional impediment. Time and again families have contacted the Christian Alliance for Indian Child Welfare (CAICW) to ask for help because they don’t have the funds needed to hire attorney’s to defend their children. Some families, after mortgaging their homes and having nothing else to use, have been forced to give up the fight for their children.

– Children have been removed from safe, loving homes and been placed into dangerous situations by Social Services.
– Some Indian and non-Indian families have felt threatened by tribal government.
– Some have had to take out additional mortgage on their homes and endure lengthy legal processes in attempt to protect their children.
– Equal opportunities for adoption, safety and stability are not available to children of all heritages.
– The Constitutional right of parents to make life choices for their children, for children of Indian heritage to associate freely, and for children of Indian heritage to enjoy Equal Protection has in many cases been denied.

Saturday, November 20, 2010 is National Adoption Day. Support Families nationally in defending their children from unreasonable impediment to their adoptions by helping raise $50,000 for ten $5000 Attorney retainer fees for ten Adoptive Families. These would be families that are in the midst of adopting children they have had physical custody of over a long term or from infancy, or stable ‘relative families’ attempting to retain or regain custody within the extended family – whether or not said family is enrollable with a tribe.

The “Fund Attorney Retainers for 10 Families” Drive begins on National Adoption Day, November 20, 2010 and ends on December 31, 2010. The Fund website can be found through FirstGiving.com at http://www.firstgiving.com/caicw/Event/AdoptionRetainerFund

Funds raised from this event will be used to assist up to 10 families in obtaining the legal assistance they need in order to complete their adoptions.

Tell Your Representatives to Make These Legislative Changes! Part Three