CARSON CITY – The Nevada Supreme Court has ruled that a licensed adoption agency in Las Vegas can place an American Indian child with a family, despite the objections of the Cherokee Nation Tribe.

The court, in a unanimous decision, rejected the argument of the Cherokee Nation that the adoption procedures had to go through a tribal court instead of a state district court.

Deziray G., a 23-year-old registered citizen of the Cherokee Nation, gave birth to a son at Valley Hospital in Las Vegas on Jan. 10 2007. Two weeks later she relinquished her parental rights to a licensed adoption and child placement agency, A Child’s Dream of Nevada.

Deziray wanted her child placed with a non-American Indian family identified only as “Christine and John.”

District Judge Gerald Hardcastle signed the order relinquishing the rights of the mother.

The adoption agency also started action to terminate the parental rights of the apparent father, whose paternity was not established.

The Cherokee Nation, based in Oklahoma, filed suit in Reno asking to intervene in the case. During the two-year battle, the child has been with the family favored by the child’s mother.

The Supreme Court, in a unanimous decision Wednesday, ruled the wishes of the mother should be considered over a federal law that favors keeping Indian families together.

Federal law sets forth the cases where a tribal court has exclusive jurisdiction over child custody matters. The Supreme Court said the federal law is to protect American Indian children, families and tribes “from unnecessary and unwarranted separation.”

But the Supreme Court said Congress also intended to honor the desire of the parents of the child in adoption decisions.

In this case, Deziray, although a citizen of the Cherokee Nation, said she did not live on the Cherokee Nation reservation. And in her statement to the district court, she opposed any attempt to transfer jurisdiction in the case to the tribal court.

The Cherokee Nation argued that the child’s maternal grandmother was willing to be a foster parent.

The Supreme Court said there was good cause for the district court to deviate from the adoption framework in the federal law.

Although the case started in the district court in Las Vegas, it ended up in the court in Reno where District Judge Deborah Schumacher made the decision to back the wishes of the mother in the adoption dispute.
. 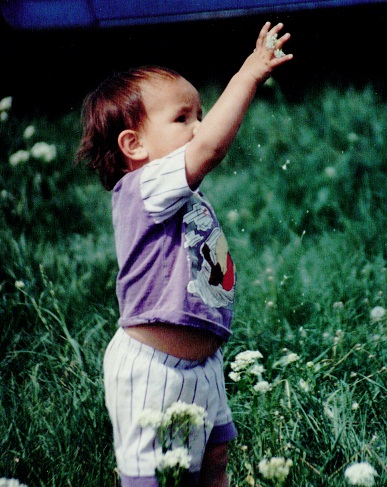