.
Make me sick. A stupid, selfish mother suffocated her baby, not once, but twice, because she didn’t want to take care of him. Forget any of the excuses she or the tribe tries to give for what happened. This horrible woman purposeflully suffocated her baby – twice.

Coincidentally, her little baby has the same name as my 2-year old grandson; Ty.

Now the tribal government is standing up and using this poor baby for another propoganda opportunity. Tribal Gov. Ivan Pino said the tribe wants baby Ty’s body to be returned to the pueblo for burial. People living near the park raised about $4,000 for a funeral for the boy, but he says, “Let the Pueblo of Zia go through its healing process right now. Give us the respect to go through our mourning at this point.”

Now I’m going to throw up. The people living near the park cared enough to raise $4000 from their own pockets, and were interested in mourning the little boy as a community – which would include everyone and anyone that cared to show up. The tribe, on the other hand, will use government money for the burial, and are trying to exclude people that care. Why does Gov. Ivan Pino not want anyone else around to mourn the baby? What’s up with that? I’ve been to plenty of tribal funerals. I’ve never heard of people being excluded before.

And give them respect to bury the baby? Why? Where were they when the little boy was homeless? What are they currently doing about any of the other homeless children enrollable with their tribe? Do they even keep track of them? What about the ones that are being abused? Or the children that are left alone all night while their parents are partying?

I once chased a guy off a ten-year old girl while I was visiting on one rez. I’ve found many children in many horrible situations. What do I see the tribe doing about it? Nothing. Why should tribes that turn their backs on enrollable children be given any kind of respect?

Claiming to want “respect to go through our mourning” is just another tribal government power push, and it has nothing at all to do with actually mourning this little guy. It’s all about showing who’s the boss – who’s in control again. They are in control, but that doesn’t mean that they are doing anything with that control to actually help their membership. 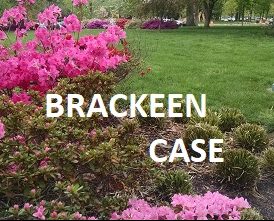