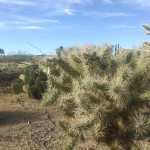 Sage was 4-years-old and one of the first children to be hurt by the Indian Child Welfare Act in 1978. She was 6-years when she and the family she loved went on the run to protect her from the law that intended to force to live with an abusive birth parent. She was 13 when she was finally forcibly taken from her family to be placed on the reservation with the birth mother who had almost killed her.

She tells her story of going on the run with her chosen parents, her trauma of being taken from them, and ultimate relief when she was finally released from the reservation and allowed to return home. To this day, thirty-some years later, she is upset by what the government and ICWA put her through.