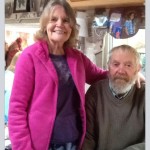 We recently asked Paula Van Dyk, of Alberta, Canada, to be an honorary board member for CAICW and she has accepted.

Paula has been a dear prayer warrior for CAICW from the time if its inception – and from even before that. She has been praying for Roland and I and the work we do from about the time we first met her at Living Faith Bible College in the the fall of 2000.

And when I say prayer warrior – I mean warrior. Her compassion for others, her passion for the Lord, and the steadfast time she spends in prayer is amazing. We have been truly blessed by her – and her husband, John – over and over and over again.

Paula will be finishing her race soon – possibly within the next few weeks – having decided against further chemo. She is looking forward to being with Jesus. She says she will continue praying for us all from heaven.

Thank you, Paula, for honoring us with your prayers, love, and acceptance. We will always hold you close in our hearts.

A Commenter on our Facebook page noted, “Mayo and a few other hospitals did a study on the power of prayer. They found it made no positive difference. Amazing things happen the same rate with prayer or without prayer. If there were any positive evidence for the power of prayer in healing, Mayo would be using it.”

Our response: As much as we respect the Mayo Clinic, it was an incredibly silly study and an even sillier conclusion. Every organization makes an occasional mistake.

They decided there was no benefit to the prayer because they saw little difference in outcomes.

They didn’t consider that America in 2002 and even today, most everyone in dire medical circumstances receives prayer. ie: The researchers aren’t able to stop prayer within the control group. They can set up their own special prayer team to pray for certain people, but they can’t stop the patient’s local church from praying, let alone Mom, Dad, Sister, Brother, Grandma, neighbor and best friend.

All it takes is the “effectual fervent prayer of a righteous soul.” Two or more righteous souls agreeing are even better. And that is another aspect of this flawed study. They didn’t allow people to pray their own way – in the “effectual, fervent” way their hearts might have been led to. The researchers told them when to pray, how long to pray, and what to pray. They directed the prayer-givers away from praying the way they desired. And then they question the inevitable outcome? Ridiculous.

In evangelical circles, we talk about “praying through.” I would feel sick to my stomach – a deep ache in my chest – if I had an overwhelming prayer in my heart and wasn’t allowed to pray it the way it needed to be prayed. I can’t imagine doing intercessory prayer with chains on. It would be like having a straitjacket on.

THEREFORE – it is far more likely that any prayer received by the participants of the study was far more effectual and fervent if it was coming from outside the assigned prayer team.

Harvard Medical School, which also participated in the study, said this:

“…Unlike traditional intercessory prayers, STEP investigators imposed limitations on the usual way prayer-givers would normally provide prayer. The researchers standardized the start and duration of prayers and provided only the patients’ first name and last initial. Prayers began on the eve or day of surgery and continued daily for 14 days. Everyone prayed for received the same standardized prayer. Providing the names of patients directed prayer-givers away from a desire to pray for everyone participating in the study. Because the study was designed to investigate intercessory prayer, the results cannot be extrapolated to other types of prayer.

“…Patients across the three groups had similar religious profiles. Most believed in spiritual healing and almost all believed friends or relatives would be praying for them. Investigators did not ask patients to have their friends and families withhold prayers, and assumed that many patients prayed for themselves during the study.”

“One caveat is that with so many individuals receiving prayer from friends and family, as well as personal prayer, it may be impossible to disentangle the effects of study prayer from background prayer,” said co-author Manoj Jain, Baptist Memorial Hospital, Memphis, Tennessee.

“May be impossible?” I should think the spiritual communities would be outraged at this gross mischaracterization of prayer.

Perhaps few have looked very deeply into how this “prayer study” was actually conducted.

The Mayo study was based on a false premise from the get go. Their presupposition was that prayer is a command to God. “What ever we pray, we should get” – as if God is obligated to obey. Their study was a set up for failure. (a fact born out by their “scientific conclusion” – despite the fact that it was scientific as there was no way to control a “control group”)

Prayer is not a command to God – one in which every prayer breathed demands a requisite positive response. God knows the heart and motivations of those who are praying, as well as those who are prayed for. He is aware of hearts that are contrite – and those that are not.

God’s will be done – not ours. Fortunately, when it comes to abused children, God’s will has been pretty clear. So that makes our job on this page pretty easy. Not a lot of guess work on where Jesus would stand on abuses.

– “And they were bringing children to him that he might touch them, and the disciples rebuked them. But when Jesus saw it, he was indignant and said to them, “Let the children come to me; do not hinder them, for to such belongs the kingdom of God. Truly, I say to you, whoever does not receive the kingdom of God like a child shall not enter it.” And he took them in his arms and blessed them, laying his hands on them.” (Mark 10:13-16)

You can argue against prayer all you want, no one is forcing you to participate or even to read our prayers. I have personally experienced and witnessed amazing answers to prayer. So I will continue to pray.

I Love Serving Our Awesome God.

In closing, I pray that someday you will experience an awesome answer to prayer, and it will turn your mind completely around to the Truth of Our Lord – and you will fall to your knees and weep for Joy at His Holy Touch. I pray this in the Holy Name of Jesus. 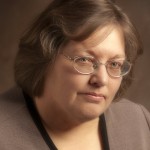 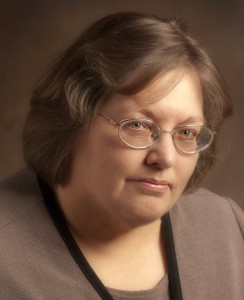