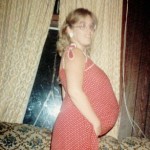 3 eligible kids, happily living with family outside of control of “Indian Country,” without “Split Feather.”