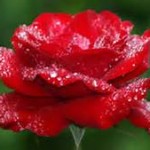 .
Our office doesn’t need much. We take pride in the fact there is no monthly overhead. There are no salaries or huge office expenses.

We work out of our homes – on the computer. The biggest expense is when we travel to DC once or twice a year. We have figured out how to do it on about $25 a day (after travel expenses to get there). We keep expenses down by not staying in motels, not eating restaurant food, and not taking taxis. We also don’t party or spend money on politicians or their aides.

The second greatest office expense is paper, toner, envelopes and stamps. Once or twice a year, the general fund contributes to the cell phone bill or internet service. Other than that – we simply don’t need much.

The people with the real financial need are the families affected by ICWA. Many do not have the money to pay for good attorneys. So we have set up a small legal fund that has successfully helped a few families. What we do with the legal fund is pay for consultations with expert ICWA attorneys. The consultation can be between the expert ICWA attorney and the family, or the ICWA attorney and their local attorney, or both. Many local attorneys just need a little guidance.

One family in Colorado, however, used the consultation to educate and prepare themselves to represent themselves, as they could not afford a local attorney. They were successful. To the surprise of many, the grandmother, who had been told she can not keep her grandson if the Warm Springs Tribal government out of Oregon wanted him – won the right to adopt her grandson. The adoption went through two years ago, so it can be discussed now. The grandson is safe.

One thing they were able to prove in court was that the Warm Springs gov’t had falsified a birth certificate in order to make it appear the boy was eligible for membership. They also educated the judge on what the ICWA actually says about grandparents having custody of their grandchildren. The ICWA does NOT say the grandparents have to be tribal members. The Warm Springs gov’t had told the judge that this grandmother could not have her grandson because she was white. The Grandmother’s family was able to show the judge the truth – and they were able to do so because of the guidance they had received in a simple consultation.

Admittedly, things are more difficult now that the BIA has issued new rules with the express purpose of ensuring tribal governments win custody of other people’s children. They closed what they called “loopholes” – but were actually common sense protections for families. That said, in the case of the Colorado grandmother, it was the actual wording of the ICWA law itself that saved her grandson. This is why consultations with expert ICWA attorneys are so necessary.

You can contribute to their legal fund through here.

If you want still want to help the office, the absolute best way is through Amazon when you order things for yourself online. Amazon has a program called “Amazon Smile” – which is still all the same Amazon: you order the exact same things you usually order through them, for the exact same prices, yet a tiny percentage of the purchase price goes to a charity of your choice. It is absolutely pain free – the easiest way ever to donate. You can even set it up to do the donation automatically every time you shop. Amazon will remember and apply it for you.

Go to smile.Amazon.com to check it out.

But only donate if you feel led. Frankly, as contentious as our work has been, under frequent attack with many untrue things printed about us over the last twenty years and with so little progress – we go through cyclic soul-searching. We really do need periodic assurance that this is the battle He still wants us to be fighting.

Watching him provide is both an adventure and an assurance.

That said – if you feel led to donate directly to us – use this link:

OTHER WAYS TO HELP

Every Sunday evening at 8 pm Central time, we try to post prayer requests and standard prayer issues on our Facebook page – https://www.facebook.com/fbCAICW.org/

DONATIONS TO THE GENERAL FUND:

– If you decide you would like to donate – your Donation will:

Help Educate and Inform by:

Minster To Families by:

Defend Parental and Civil Rights by:

Assist and Support Christian Churches in their local Ministries by:

OTHER WAYS TO DONATE:

– Mail Your Check or Money Order to:

You can request that mailed funds be applied to specific accounts.
(Please don’t send cash through the mail)

Thank you for considering a U.S. tax deductible contribution to the Christian Alliance for Indian Child Welfare, a U.S. 501c(3) 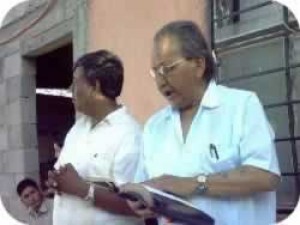 Roland Morris, Sr., 58, ascended to heaven on Wednesday, June 9th after a four year fight with cancer. Roland, a member of the Minnesota Chippewa Tribe, was born July 1, 1945, in Cass Lake, MN. Ojibwe was his first language, and he grew up fishing, hunting, and gathering wild rice with family and friends. He also played intramural basketball, worked hard in the woods, spent time in a foster home and various jails, drank, smoked, and played guitar with friends at various bars.

Roland went to college in Kansas and was a draftsman for a short time before becoming an upholsterer. While he struggled with many difficulties in his early years, he was a perfectionist with upholstery and throughout his life performed his craft well.

After a life changing spiritual experience with Jesus in 1988, Roland moved his second family to Ronan, Montana to be near his cousin and Christian evangelist, Frank (Scotty) Butterfly. There, in 1992, Roland and his wife, Elizabeth, created Montana’s first patient transportation service, Mission Valley Medicab. They also helped instigate the Montana Passenger Carriers Association and the charitable organization, Valley Missions, Inc., all without tribal assistance.

Roland taught his children about wild ricing, hunting, fishing, and a little of the Ojibwe language. But the biggest, strongest desire of his heart was that his children, grandchildren, and entire extended family come to the saving knowledge and acceptance of Jesus Christ. Having watched many friends and relatives die physically, spiritually, and emotionally from alcoholism, violence, and suicide, Roland could no longer stand aside and do nothing. He was concerned for the children and felt distress at the attitudes of many adults within his community. He wanted the self-destruction to stop.

Roland’s relationship with Jesus coupled with his conviction that much of the reservation system was harmful led him to some amazing life experiences. Actively opposing much of federal Indian policy, Roland served as President of the Western Montana organization All Citizens Equal, was a board member and Vice-Chairman of the national organization; Citizens Equal Rights Alliance, was the Secretary of Citizens Equal Rights Foundation.

He also ran as a Republican candidate for the Montana House of Representatives in the 1996 and testified before the US Senate Committee on Indian Affairs in April,1998, the Minnesota Attorney General in 2000, and numerous Mont. State committees. With his family, he also had a private meeting with a member of the President’s Domestic Policy Council May, 2002 in Washington DC.

As time progressed, Roland became more convinced of the importance of Jesus in his life. So in 2000 he attended a year of training at the Living Faith Bible College, Canada. Over the last three years, he and/or his family went on mission trips in Canada and Mexico. During a 2003 trip to a children’s home in Juarez, Mexico, he fixed most of their dining hall chairs, taught 6 boys how to upholster, donated materials, and preached a Sunday street service.

Through the years, he has appeared in numerous newspaper articles across the country. The last article he appeared in was on Friday, May 14th, in the Washington Times. Reporter Jennifer Lehner wrote, “the ICWA [Indian Child Welfare Act] protects the interests of others over [Mr. Morris’] grandchildren,” and “Mr. Morris said that once children are relocated to the reservations, they are subject to the corrupt law of the tribal government. Instead of preserving culture, he said, the tribal leadership uses the ICWA to acquire funds provided through the legislation.” Ms. Lehner quoted Mr. Morris as saying that the law is “supposed to help children, but instead it helps tribal governments.”

Finally, in February, 2004, he and his wife founded the Christian Alliance for Indian Child Welfare. The purpose of this was to encourage preaching, teaching and fostering of the growth of the Christian Faith in all places, encourage accountability of governments to families with Indian heritage, and educate the public about Indian rights, laws, and issues.

Roland praised God to the very end. When his final struggle began, several of his friends and family were praying with him. When those present sang old-time hymns, he raised his hand in the air for as long as he could. When “I Surrender” was sung, he sang the echo. While Pastor Kingery sat next to Roland, holding his hand, Roland looked him straight in the eyes and pointed his other hand up to heaven. When he passed on to greater life, his good friend Marvin Bauer was softly playing Gospel songs for him on his accordion.

Roland is survived by his wife, nine children, twelve grandchildren and a great grandson. Also important to his heart was his “special” son, Jesus Garcia, in Juarez, Mexico. Surviving brothers include Harry Morris and Steven Jones; and sisters include Clara Smith, Bernice Hurd, Sharon Goose, and Christine Jones, as well as numerous nephews and nieces and his great cousin, Scotty Butterfly.

Roland’s loving friend, Jim Ball, crafted a beautiful casket for him as a gift. Funeral services were at the CMA Church in Ronan, MT, on Sunday, June 13, 2004 and the CMA Church in Cass Lake, MN, Tuesday, June 15. Internment was at Prince of Peace Cemetery. He is strongly remembered for his strength, character, and love for the Lord Jesus.

Roland, our husband, father, grandfather, brother, uncle, cousin, and friend; We Love you and Miss you so very much. You are with God now.