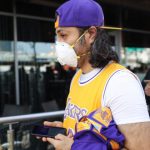 Americans should prepare for community spread of the new coronavirus, with families sitting down and explaining that there could very well be a rapid, sudden increase in the number of patients, a top federal health official said on Feb. 25.

In an escalation from previous warnings, Dr. Nancy Messonnier, a Centers for Disease Control and Prevention (CDC) official, said Americans should prepare for their lives to be disrupted by spread of the new virus, including closures of schools and businesses.

She told reporters in a phone call that the number of cases popping up without a known source of exposure in Italy, Iran, South Korea, and other countries “makes all of us feel that the risk of spread in the United States is increasing.”

Messonnier recounted sitting down with her family at breakfast on Feb. 25 and telling her children that they’re likely not at risk of getting infected with COVID-19 at the moment, but that the family needed to be prepared for their lives to significantly change.

With no vaccine and no proven treatment for the virus, health officials are focusing on non-pharmaceutical interventions, which includes three categories: personal, community, and environmental. Personal interventions include routine recommendations such as washing hands and staying home when sick, and measures specific to pandemics such as people voluntarily isolating themselves at home even if they’re not sick if a member of their household has become ill.

Community interventions can include closing schools and transitioning to Internet-based teleschooling and changing business meetings from in-person to online as well as locales postponing or cancelling large gatherings.

Adults should contact school officials and ask about plans for teleschooling and their workplace to look into working from home. People could miss work and lose income, Messonnier said.

“These are things that people need to start thinking about now,” she said.

Local communities will need to decide on which interventions to implement.

The virus emerged in China in December 2019 and has since spread to dozens of countries, with a rapid increase in the number of cases in Italy, Iran, and South Korea this week, among other nations. The virus causes a disease that has similar symptoms to influenza, including fever, headache, and difficulty breathing.

The United States has not adjusted which people should be tested, even as the virus spreads rapidly in countries outside of China, but authorities are discussing shifting the case definition and would likely do so if community spread starts occurring, Messonnier said.

Twelve state or local health departments are now equipped to test locally for the virus, an increase from four late last week. Testing locally is critical because of faster turnaround, Kelly Wroblewski, director of infectious diseases for the Association of Public Health Laboratories, told The Epoch Times.