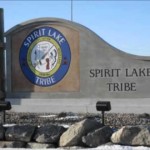 Grand Forks, ND – About 40 reported cases of children in abusive homes has been ignored and possibly covered up according an interoffice report of the Administration of Children and Families in Denver. This report was recently leaked to the Christian Alliance for Indian Child Welfare (CAICW), in which details horrific, ongoing physical and sexual child abuse, which appears to have been consistently covered up by various federal and tribal officials.

In the report states “almost 40 children returned to on-reservation placements in abusive homes, many headed by known sex offenders, at the direction of the Tribal Chair. These children remain in the full time care and custody of sexual predators available to be raped on a daily basis. Since I filed my first report noting this situation, nothing has been done by any of you to remove these children to safe placements.” according to the Twelfth Mandated Report Concerning Suspected Child Abuse on the Spirit Lake Reservation, which was filed by Thomas F. Sullivan.

The staff of Senator John Hoeven (R-ND) responded that a town-hall meeting is scheduled at Spirit Lake Casino and Resort on Wednesday, Feb 27th, but the meeting time has changed several times and no leaders are talking about closing the meeting. Last year, at a similar meeting a former teacher, Betty Krenz, had been calling attention to this type of child abuse was blocked from entering the meeting by a tribal guard.

The Christian Alliance for Indian Child Welfare (CAICW) was formed for charitable, religious, and educational purposes as both a ministry and advocacy group. CAICW been advocating since February 2004 for families at risk of harm from the Indian Child Welfare Act (ICWA). Our advocacy has been both judicial and educational, as well as a prayer resource for families and a shoulder to cry on.