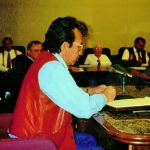 CAICW was founded in February 2004 by tribal member Roland J. Morris Sr. and his wife, Elizabeth, who had begun speaking out against tribal corruption and the Indian Child Welfare Act in the late 90’s out of concern for the welfare of extended family.

After they created a website talking about how they personally felt, other families began writing to them from across the country, telling them their stories. Some even asked for help.

The Morris’ had no way to help anyone, but couldn’t just ignore the letters they were getting.

So the Christian Alliance for Indian Child Welfare was born. CAICW has been a judicial & educational advocacy across the country since that time, as well as a prayer resource for families and a shoulder to cry on.

Link on You Tube:
– https://www.youtube.com/watch?v=eHZ83zc4wjE

Federal government has literally made the decision to protect tribal sovereignty at all cost – even the cost of our children.

It is well known crime and corruption is rampant on many reservations. It is becoming increasingly apparent that this is due to the protection many receive under declared ‘tribal sovereignty.’

The last two U.S. censuses show that 75% of tribal members do NOT live in Indian Country. Many of our organization’s members state they left due to the crime and corruption.

Despite the many deaths of children and mass exodus from Indian Country, Federal government has looked the other way while tribal leaders claim to speak for everyone.

Please insist our political leaders put children first. Tribal “leaders” do NOT speak for everyone of heritage – nor do they know what is best for every individual child of heritage. Extended family knows better for the children than tribal leaders do.

Giving many of the tribal leaders additional money and control over abused children is NOT the best or only way to help the victims of this corrupt system.