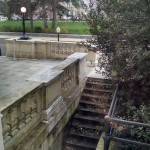 The two months in DC this spring were busy, but exceedingly blessed. I visited every office in the Senate and House, sitting down one-on-one with staff from about 100 House offices and 29 Senate offices as well as directors in the BIA. I dropped off information at all the others and sent a follow-up email to every single one. I also built a database using the business cards and notes from the meetings, and wrote CAICW’s comments to the BIA concerning their new guidelines and proposed rules. (https://caicw.org/2015/05/11/our-comments-concerning-icwa-rules-proposed-by-the-bia/)

The interest and reception received at several offices was both comforting and surprising. I have not felt as “listened to” on many of our previous trips. We did develop new relationships in new offices – some surprising ones. We now have a database to work from over the rest of this session.

But the most exciting thing was watching God’s daily answers to prayer concerning the entire trip. Having gone on faith – dependent on God to help in the speaking to Senators and Congressmen as well as for providence – was an adventure. While many argue that my work isn’t “Christian” (saying I am rocking boats) – the fact is, this trip was incredibly blessed and wouldn’t have happened at without His guidance and providence. We do not have tons of money to pay for junkets to DC or high-priced lobbyists. I went in a van and spent most of the time sleeping in it. I even spent four days living in Union Station.

As some of you know, I flipped my camper truck over on ice in January and totaled it. I came out of the wreck without a scratch, but lost the vehicle I intended to drive to DC. But – we felt at peace about it. If God wanted me in DC, he would provide the way. And He did. In March, God provided a wonderful Dodge Conversion van whose owner had originally wanted $4000 on Craig’s List, but called me and told me he would take $1500 for it due to the work we do. A supporter then sent the funds for it. I was told it was top of the line in its day – and it ran 100% smoothly the entire trip.
At the suggestion of a friend who used to live in Maryland, I found my way out the end of one of the metro lines. There, I was able to shower at a campground, go to Starbucks for Wi-Fi, find varied parking lots to sleep in, and took the metro subway train into DC for the day.

I never knew when funds would come or where they would come from. One day, I counted the little I had left and put most of it onto the metro card. I decided not to worry. I knew I had enough to get to DC for two more days. Well, getting home the second day would be a challenge. I didn’t have enough for that. But…I decided not to panic or tell people. I wanted to wait on the Lord. If He was the one wanting me to be here, doing this, He would provide.

It was just a day after that when someone called me to tell me to go get a room – she would pay for it. Another person put some money into my account. There were little gifts here and there – a woman pressed a $10 bill into my hand. Never from strangers – always from someone who knew a little bit about our work. Not once during this trip was I without food, gas, metro money – or any of the resources we needed to get the job done.

One of the most wonderful things was an awesome Church Family the Lord led me to. I literally stumbled onto an incredible group of people – a remnant of a longtime neighborhood church. It was the first day I was searching for a Starbucks out near the end of that train line. I took a wrong turn, so then took a U-turn, and there was this marquee type sign on a church lawn, announcing a free dinner that very day and hour. Sooo…feeling hungry – I stopped. Following a wonderful meal, they had a Bible study outside by the fire pit – and I fell in love with them. They were such a gentle, loving, searching, praying group. It was so filled with the spirit – a tremendous blessing of prayer and fellowship.

Lastly, when what was thought should be my final week drew near, I did not know how I was getting home. But again, didn’t want to say anything – trusting God that when it was time to go, He would provide the way. And He did – five different people sent funds within the last few days of my stay.

From making do on very little, to canvassing the halls of Congressional buildings, to sitting next to homeless in Union Station, to enjoying the fellowship of an awesome church, to walking the streets of NoMa – watching, listening, thinking, praying – there is so much to tell. Please continue to pray for God’s guidance in everything we do – and pray for the fruit of whatever it is we are supposed to accomplish.

The rest of the Year:

The year actually began in Brandon, Manitoba, where I was blessed with the opportunity over Christmas to help two elderly friends for about 6 weeks. Henry had suffered a heart attack, and Nettie needed a companion until he was able to leave the hospital. I can’t even begin to write down the myriad things I was able to learn from them both – in addition to the prayer time with them. It was a tremendous lead-in to going to DC. I’m so grateful to their extended family for asking me to do it.

I was also blessed this year with opportunity to frequently care for my grandson. My daughter is in school full-time and working part time, so I spent many wonderful days at her apartment as well as with my oldest son.

I was able to take my grandson with me on a two-week trip to Montana in our marvelous van. We spent a few days at Family Bible Camp near Glacier Park, and then visited several wonderful friends and supporters up and down western Montana.

In the summer, I also spent two weeks in Minneapolis, reading to my Dad at the nursing home. In October, following prayerful encouragement from a friend, I brought him home to live with me.

My Dad is bedridden, but we’ve been able to put together a good system that serves him well. We are blessed with an aide who comes in to care for him a few hours a week, giving me a little time to do office work, and my brother (who is an engineer) came up and built an awesome wheelchair ramp in under 24 hours – using almost total reserved wood from a porch he had taken down at his house.

The book “Dying in Indian Country” – endorsed by Congressman Kevin Cramer and telling Roland’s story – was released under a new publisher in December and, (if interested), is available through our site – http://DyingInIndianCountry.com – or through Amazon, which also has the eBook version.

Throughout the months of 2015, I continued online studies for a Bachelor’s and ran CAICW. Families continue to contact us on a regular basis, asking for assistance with protecting their children. At this point in time, we have fifteen families asking for prayer, emotional support and/or legal assistance. Ten are birth families, five are adoptive families.

All thanks, glory and credit to the Lord Jesus Christ, without whom we can do nothing. Blessings in your new year.

The adoption of 4-yr-old Veronica Rose by Matt and Melanie Capobianco has been upheld in Oklahoma Supreme Court. The Christian Alliance for Indian Child Welfare is delighted that visitations in the last month between the Capobiancos and Veronica went very well. Veronica remembered, was glad to see, and felt comfortable with the Capobiancos. The transfer of custody, reported by Cherokee Nation Attorney General Todd Hembree to have been a “peaceful transfer,” was completed by the Cherokee County Sheriff’s Office by 7:30 pm with the family leaving for South Carolina soon after.

The claim that Veronica was an ‘Indian Child’ as a result of 3/128 Cherokee Heritage was alienating to many Americans. Even more so was the claim that removing Veronica from Indian Country constituted genocide akin to the Trail of Tears. This was particularly offensive to parents of tribal heritage who have personally chosen to remove their children from Indian Country.

This case has opened eyes to the horror the Indian Child Welfare Act has been inflicting on children across the United States.

Veronica’s situation resolved, CAICW will be spending time in Washington DC this fall, educating legislators about the harm caused by ICWA to multi-racial families across the nation, many more of whom have contacted CAICW after watching the long drawn out ordeal of the Capobianco family.

While one feels for a father losing custody his daughter, the 2013 rulings of U.S. Supreme Court and South Carolina courts overruled initial orders and found that the Capobiancos had stepped in to take care of Veronica in good faith after Mr. Brown advised birth mother, Chrissi Maldonado, that he was not willing to pay child support and chose instead to avoid any interaction with his child, thus losing his parental rights.