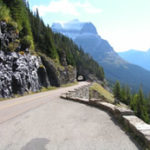 Over the years, we have seen so many distraught families – panicked over what was happening to their children, unsure what to do to protect them, and unable to get help.

Many times, especially in light of the new ICWA rules and guidelines published by the Obama admin in 2016, …there has been little a family could do.

Watching several families struggle at this current time, we have come to a decision:

– And Whereas; most American citizens believe federal laws that target, isolate, and separate children and families on the basis of heritage are unconstitutional and should not be allowed;

– And Whereas, for decades in America, many Christian church buildings have served as sanctuaries, and while there is no law defining a sanctuary or mandating it be respected, the federal government has often declined to enter and forcibly remove people from a declared Christian Sanctuary;

– And Whereas, federal authorities have shown their willingness to ignore state and federal law for the last two years when they declined to enter the Cheyenne River Reservation to remove two little girls who were taken from North Dakota by their non-custodial mother when their non-tribal fathers were granted legal custody; and federal authorities have also shown their willingness to ignore federal law in several cases during the 1980’s when Guatemalan illegal-immigrants sought sanctuary in various church buildings around the country;

– And Whereas; many children of tribal heritage, even in teen years, have expressed their desire to stay with their chosen families and not be uprooted by tribal governments, but were ignored by tribal, state and/or federal officials;

– And Whereas; many birth parents have objected to tribal jurisdiction over, or involvement in, their families, and have made it clear they do NOT want their children on the reservation or their custody case heard in tribal court, but were ignored by tribal, state and/or federal officials;

– And Whereas; there are many documented instances of tribal courts practicing corruption and nepotism in their choice of homes for children, despite clear evidence of harm to children in those homes;

– And Whereas; an untenable number of children have been sexually abused, seriously injured or murdered as a result of placement in homes under the Indian Child Welfare Act;

– And Whereas; there is solid legal argument concerning the unconstitutionality of the ‘Indian Child Welfare Act,’ and Justice Clarence Thomas intimated as much in his concurrence in the case, “Adoptive Couple vs. Baby Girl;

– And Whereas; once a child has been placed in the custody of a tribal government, particularly within reservation boundaries, it can be extremely difficult to remove the child;

Families will need to show:

1) It is in the child’s clear best interest to remain with them; or that while best interest might yet be unclear, the child needs more time for all aspects to be studied and for true best interest to be made clear; and
2) They are in imminent danger of being forcibly removed by tribal authorities and/or local police under the direction of tribal authorities.
3) They intend to tirelessly work a plan of action to prove and win the best interest of the particular child or children;
4) Understand the CAICW sanctuary they would stay in is a Christian home – where Jesus Christ is Lord.

Lastly, we fully respect President Trump’s position concerning federal funds – and can proudly guarantee we will not be requesting or requiring any federal funds for this Sanctuary.

– – Those who see things from a conservative perspective and object to any instance where a person is shielded from federal law… We can only beg your understanding that these children are American citizens, and the federal law in question does not provide equal protection. Please ask your Senators and Congressman to act quickly on repealing this law, so that no child of tribal heritage will need a sanctuary. 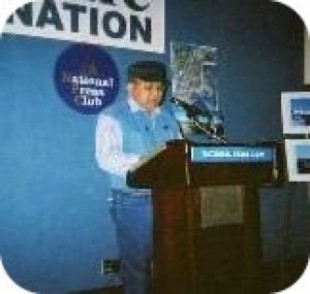