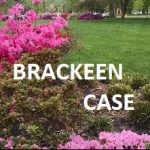 …’the ICWA imposes sweeping regulations that are at best marginally related to commerce. The ICWA also intrudes on a quintessential area of state law: family and domestic matters. This intrusion obliterates the bedrock constitutional distinction between federal and local power, effectively allowing the federal government free reign to regulate however, and whatever, it wishes simply by invoking the Indian Commerce Clause. The ICWA, therefore, is an unconstitutional exercise of Congress’s authority under the Indian Commerce Clause.’

The amicus can be read here… 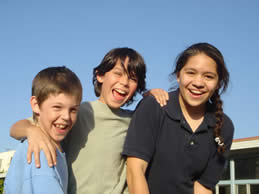 All identifying information has been  removed

I wanted to drop you a note the let you know we won our court case against the tribe …. We went to court in Aug. 2009 and in Sept. the judge ruled that the kids should stay with us. But, of course the tribe appealed his decision the day before the deadline… The State Court of Appeals heard the case… this year and ..they affirmed the judges decision. … It cost us $10,000.00 and a lot of worry but we are finally proceeding with the adoption. Our family would like to thank you so very much for your organization and all the help it provides families like ours, without the information on your web site I don’t know if our lawyer could have made such a good case using other state case law. You provide an invaluable service to children hurt by ICWA and God will lead you to do even better things. I received your newsletter yesterday and vow to get as many signatures as I can to sent back to you. I wish I could do more but I will pray for you everyday. If you want to know more or if there is anything I can do from here… please contact me. Our family is forever in your debt. Again, thank you for all you do, and have a Happy Holiday, WE WILL.
Sincerely,
– a very happy MOM

CARSON CITY – The Nevada Supreme Court has ruled that a licensed adoption agency in Las Vegas can place an American Indian child with a family, despite the objections of the Cherokee Nation Tribe.

The court, in a unanimous decision, rejected the argument of the Cherokee Nation that the adoption procedures had to go through a tribal court instead of a state district court.

Deziray G., a 23-year-old registered citizen of the Cherokee Nation, gave birth to a son at Valley Hospital in Las Vegas on Jan. 10 2007. Two weeks later she relinquished her parental rights to a licensed adoption and child placement agency, A Child’s Dream of Nevada.

Deziray wanted her child placed with a non-American Indian family identified only as “Christine and John.”

District Judge Gerald Hardcastle signed the order relinquishing the rights of the mother.

The adoption agency also started action to terminate the parental rights of the apparent father, whose paternity was not established.

The Cherokee Nation, based in Oklahoma, filed suit in Reno asking to intervene in the case. During the two-year battle, the child has been with the family favored by the child’s mother.

The Supreme Court, in a unanimous decision Wednesday, ruled the wishes of the mother should be considered over a federal law that favors keeping Indian families together.

Federal law sets forth the cases where a tribal court has exclusive jurisdiction over child custody matters. The Supreme Court said the federal law is to protect American Indian children, families and tribes “from unnecessary and unwarranted separation.”

But the Supreme Court said Congress also intended to honor the desire of the parents of the child in adoption decisions.

In this case, Deziray, although a citizen of the Cherokee Nation, said she did not live on the Cherokee Nation reservation. And in her statement to the district court, she opposed any attempt to transfer jurisdiction in the case to the tribal court.

The Cherokee Nation argued that the child’s maternal grandmother was willing to be a foster parent.

The Supreme Court said there was good cause for the district court to deviate from the adoption framework in the federal law.

Although the case started in the district court in Las Vegas, it ended up in the court in Reno where District Judge Deborah Schumacher made the decision to back the wishes of the mother in the adoption dispute.
.

“We are growing weary of appeals in which the only error is theDepartment’s
failure to comply with ICWA. (See In re I.G. (2005) 133Cal.App.4th 1246,
1254-1255 [14 published opinions in 2002 through 2005, and72 unpublished cases
statewide in 2005 alone reversing in whole or in part fornoncompliance with
ICWA].) Remand for the limited purpose of the ICWAcompliance is all too common.
(Ibid.) ICWA’s requirements are not new. Yetthe prevalence of inadequate notice
remains disturbingly high.”

Perhaps compliance is difficult because the law itself is unjust, and caring people don’t like to see children subjected to not only unjust, but dangerous law.

And under the single criterion that a home be ICWA eligable, kids are continually being placed into horrible situations with the blessing of both the federal and tribal governments.

And not just kids of tribal heritage – but children of every heritage, because a child doesn’t need to be 100% tribal to for a tribe to have jurisdiction over them through ICWA. Most tribes require only 1/4 blood quantum, meaning the child has an even greater heritage somewhere else. Some tribes require even less to claim a child. For example, a child in Texas has less than 2% tribal heritage, but the tribe is trying to claim him.

The law itself is a crime, and as long as it stays that way, there will be difficulty in getting compassionate people to comply.
.